How COVID-19 changed REV23's upcoming iOS app designed for independent tattoo artists all the way up to the largest tattoo studio chains.

Somehow here we are again in March, this time on the eleventh anniversary of REV23. I can hardly believe that on its own, but more shocking is how fast the last twelve months have come and gone. I hope that as you are reading this blog post you find yourself no worse for the wear after these events and you and your loved ones are happy and healthy.

Last March, we announced REV23 X, our upcoming mobile app, mere days before the world began to see the first in a wave of shutdowns that continue today in some areas.

I’ll be the first to tell you, I was very much hoping to have REV23 X released by now. Yet, 2020 was quite a disruptive year and one of the results of the tattoo industry grinding to a halt was significant growth and development on the REV23 X backend. With no support or sales emails to answer, productivity soared. This meant that the client app (otherwise known as the iPad app) had a lot of catching up to do. Meanwhile, another result was evaluating what we were doing, and fortunately being able to pivot to adjust for the post COVID world of tattooing and piercing, completely retooling some of what was already done.

The good news is REV23 X is still very much coming. The result is when it is released, the version 1.0 product is now the scope of what would have come much later. A more mature initial offering is better for everyone. The only bad news is it is taking longer than planned.

So, with that, I did want to take some time to talk about what you can expect from the first version when it is released.

As you should be aware by now, REV23 X is cloud based, meaning your data is hosted on our servers. And it is a completely new product, not tied to REV23 Desktop. It is not a companion, it is its own service, its own database with no integration to Desktop (yet).

When you create a REV23 X account you first select your personalized domain name. This is expected to be your shop name, or your name if you are using it for personal use. This will give you something like michaelscott.rev23.com or michaelscotttattoocompany.rev23.com to use to log onto the web app. If you are using your REV23 ID to log in to the mobile app, it will automatically log on into your domain as well (this is the preferred way to log on to the mobile app, more on this later.)

Right away in the last paragraph I mention something that was not originally scoped for the initial release: the web app. While originally planned for a later release, the web application will now launch simultaneously with the iPad OS version of REV23 X. This is the result of politics of app stores, as well as one of the changes to come out of reacting to COVID. Having the web app allows us to attack a suddenly popular feature request of allowing clients to sign release forms from their own device and not even necessarily in the studio! This is a feature we would have otherwise added “when we got to it”; the pandemic allowed an opportunity to take a fresh look at this plan and adjust accordingly.

Another shift during this time was how we approach features such as emailing, texting, file storage, and custom flows that users always ultimately end up requesting. Let us talk about the latter of these first. REV23 X stores release forms as PDFs in our cloud. For some, this is all well and good and all they are concerned with. Others want the ability to export these to Google Drive, or Dropbox… or OneDrive, or….

A feature that I was not planning for the scope of the initial version emerged known as webhooks. I realized by moving this work up in the schedule, not only could we support many features that I would have had to take the time to write myself, but also, hundreds, no, thousands of other scenarios that can now be supported out of the box through platforms like Zapier that we would not think of or could not justify adding. So, let us talk about that integration!

I know some of you are already familiar with Zapier, as you have asked for integration with Desktop, but for those unfamiliar, Zapier is a platform that allows you to connect the apps you use together. When something happens in one app, it alerts Zapier, which can then trigger something in another. Returning to our release form example, you can create a “Zap” (Zapier’s term for an automation) that essentially says, “When a release form is signed and completed in REV23 X, take that file and upload it to this folder in my Google Drive”. They are extremely easy to build and you can chain all sorts of things together. In that same Zap you could add another cloud storage provider, and another. You can create another Zap to email a copy to the customer with your Gmail account, or send a text message to your partner who always wants to know when you’re done with a tattoo, or even… start your robot vacuum at home…? See how this goes? If you can think of something you can build it, all without us having to integrate it to REV23 X directly.

There are a few of these events, such as when a Customer, Service or User is created, or a Release Form is Completed. You can also add data to your REV23 X database when actions in other apps are triggered (this is limited to Customers at first). For example, you could have a consultation form on a website that could then post the required data to REV23 X automatically, so their customer record is ready for them to sign a form later. There are so many possibilities like this, it allowed us to take some of these tasks off our plate and focus on other larger pieces. We can even build Zaps that are commonly used as templates so all you have to do it fill in some blanks and be up and running! We are so excited about this integration and cannot wait to see what some of you do with it! I encourage you to start checking out Zapier now and begin connecting your accounts to see what possibilities you can start to come up with. Leave a comment with some ideas of what you are thinking about!

As you can see, we are still hard at work. Yes, I am running behind where I want to be, however, REV23 X is not something I have ever wanted to rush. We are approaching the finish line, and I’m excited to share more with you, but for now, I hope this info gives you something to sink your teeth into!

Excited to see this program work! When can I expect to spend money? :) 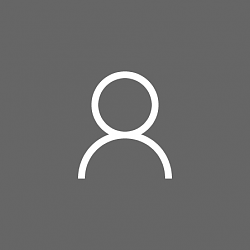 Sounds good Homie! Can't wait to see what this will look like and explore the totality of how it will operate.