We are REV23. A technology company focused on improving the tattoo & body piercing industry with software and services.

REV23 (rev twenty-three) is the creator and developer of the popular REV23 Desktop tattoo and body piercing management software. REV23 Desktop (formerly known as Tattoo Management Studio from 2010-2017) is the only tattoo and body piercing shop management software that was specifically, and painstakingly designed for the industry, while every other software package on the market is originally for salons & spas and in fact contain no features specific to a tattooing or body piercing environment.

Since its release, REV23 has been incredibly well received by the industry; being featured in industry magazines and receiving rave reviews from users ranging across the United States and Canada to Australia, United Kingdom, Norway, Italy and Germany.

It’s no mistake or coincidence that REV23 is trusted and relied on by some of the most successful businesses and names in the industry. REV23 was chosen by these businesses, not given away.

On September 13, 2012, REV23 was acquired by Painful Pleasures, who had used the software and worked with Nate for several years beforehand. Nate continues to be the driving force behind REV23. From code, design, mascot, evangelist, interface, media, graphics, lead, tech writer, trainer, booth babe, conference goer and everything in-between.

On March 1st, 2017, the seventh anniversary of version 1.0, Tattoo Management Studio was re-branded as REV23 Desktop.

Watch us on Fireside Tattoo Network

Our friends at Fireside Tattoo Network interviewed Nate at the Evergreen Tattoo Invitational back in March, 2018.

Jake talks with Nate about the REV23 name, where we've been and where we're headed.

What does REV23 mean?

From 2001 to 2004 I was the lead guitarist in a working hard rock/metal band in Denver, Colorado. We needed to change our name when we realized it was already being used in another state we were planning on playing in. In a hurry, we came up with REV23 (we alternated with Revelation 23 for a short time I think) and ended up using it for another year or so until we broke up. I continued using the name for random software projects I was doing, for no other reason than I already owned the domain name. In 2007 when I began writing the code that eventually became what REV23 is today, it just stuck. Honestly, REV23 doesn't really have a literal meaning to me and no religious subtext. It's just a sound I've been making for half of my life, but it is always written in uppercase. 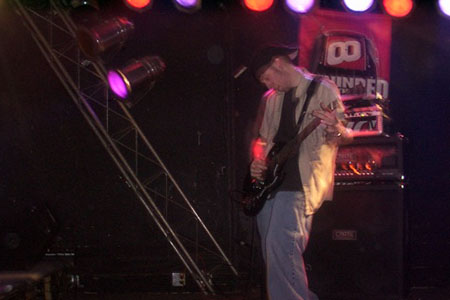