Today, on the tenth anniversary of releasing REV23 Desktop (Tattoo Management Studio) v1.0, we are happy to announce the upcoming release of REV23’s long anticipated iPad app for the tattoo and body piercing industry: REV23 X. That’s ‘X’ as in the letter ‘X’, and not a roman numeral ten. Though it is an obvious nod to our tenth anniversary, and I’m sure some will call it ‘Ten’ as well, and that’s just fine if you do.

REV23 X is the response to a decade of watching our industry grow since we first launched REV23 in 2010, and anticipating its needs for the next decade. It is the response to ten-years of feedback from potential, new and former REV23 users. REV23 X allows us to serve a wider audience of businesses and individuals in the industry who want to take advantage of what REV23 has to offer but find Desktop too rich for their minimal needs.

To develop REV23 X, we started at the most simplistic use case: independent licensed artists that primarily tattoo at conventions and/or a private studio. We then evaluated the needs of small private studios that don’t have a use for all the bells and whistles of REV23 Desktop, generally having artists that pay booth rent, and went all the way up to the largest chain tattoo shops that have multiple shops, and evaluated everything in-between.

For its first version, REV23 X addresses the most basic needs of all these different shapes and sizes of businesses, tattooers and piercers alike: digital release forms and client management. We had to start somewhere, and this was the most logical feature set to enter with. We will continue to grow REV23 X at a quick pace, just as we did Desktop. You can look forward to new features and additions as it continues to grow and evolve.

We know some apps have appeared in recent years offering a similar feature set. As an industry leader, and the first to offer paperless release forms to the industry in 2011, REV23 has taken our own approach, and we have brought the best of what REV23 has to offer to our own unique app. If you’re already using one of these competing apps and are interested in switching to REV23 X, the transition will be easy as we offer client importing from the most popular of these. We’re confident REV23 X will be the best choice as the established and trusted software provider in the tattoo industry for the last decade.

REV23 X is designed for Apple iPad. Years of research and appearances at tattoo conventions has shown that the iPad is by far the most popular choice for the industry. Support for Android will come later to offer larger studios the ability to outfit their studio with more affordable devices, as well as a web app that will be accessible from any web browser, whether you’re on a Windows PC or a Mac.

REV23 X is cloud hosted. Your data is stored securely in the REV23 cloud, accessible from anywhere you have an internet connection. Your data is isolated in its own database and your files are stored in their own encrypted storage container, all of which is secured behind your REV23 ID. REV23 X also supports multiple studios that you can share data between, or if you want isolation between businesses, you can create another subscription and switch between them seamlessly.

REV23 X pricing will be announced soon, but much like the app itself, it’s designed to fit everyone’s needs and budget.

REV23 X will be launched in the coming months. We will begin previewing some features, screenshots, etc... in our blog and Instagram, and open limited beta testing shortly.

We are excited to begin this new journey and are eager to meet new fans and friends along the way! 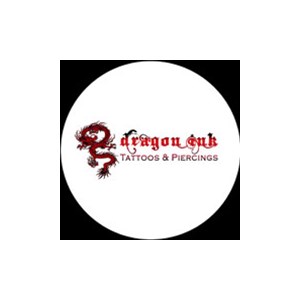 Nate, this was an awesome announcement and we can’t wait to see/beta test it when it’s ready! Has any tentative timeline for release been made as of yet for Rev23X? Cheers, Sandi